He’s Waiting at the Sea 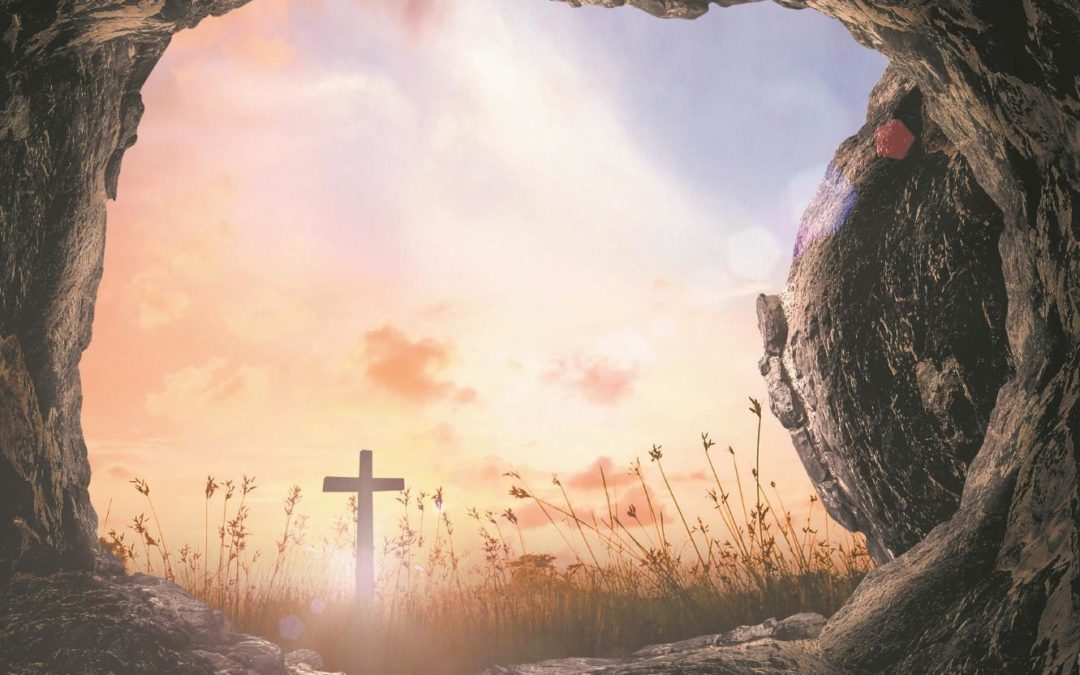 accompanied Jesus as He walked the Road to Calvary – at last, the door to the tomb has been blown open, and this morning we rejoice with the news, that yes,  Christ is Alive!
As it was happening, there seemed to be no sense to Jesus’ suffering.  For yes, about three years Jesus had been a brilliant teacher, a thrilling miracle worker, a healer with no equal, and yes, a mysterious, but compelling prophet. So yes, just when his disciples had dared to believe that He was the One, the Messiah, the Christ – it all fell apart in the worst way possible – everything had gone horribly, horribly wrong.
We can relate, for yes, we know ourselves, that when we’re in the midst of a storm, it’s usually impossible to make any sense out of what’s happening, yet, once the storm clears, it’s possible to gain some perspective, and yes, somewhat be able to understand why the storm came, and yes, the meaning of the changed view it left behind.
Today, at the dawn of Easter Sunday, as the storm of Holy Week pulls away, we can clearly see what God was aiming for all along
Resurrection, the defeat of the most awful, adamant, hopeless part of the human condition – death.
Jesus was dead and buried.  The men had fled, leaving the women, to on one hand accept the reality of Jesus’ death, while yes, on the other hand continue to do what should be done anyway.  Their coming to His tomb is a powerful testimony to both their assumption, and yes, the glimmer of hope that was still flickering in their souls.
Maybe, just maybe, this wasn’t the end of His story, for yes, what greets these two Marys at the tomb – was beyond even their wildest imagination.
First, another big earthquake, then the shocking sight of a huge luminous angel rolling back the stone covering the tomb.  This angel then plunks himself down on top of the stone to have a chat with the women.  The first thing he says is, “Do not be afraid!”  then he tells them that Jesus isn’t in the tomb anymore.  He is alive!  Then yes, follows this shocking statement with something that is not so much surprising as odd –   Jesus has decided to travel, He’s already gone – He left Jerusalem and has set out for Galilee.
The angel goes on to give instructions to the women about what they are to do now – go find the men, and yes, tell them that the tomb is empty and that Jesus is headed to Galilee, so yes,  get over to Galilee, where He, Himself is planning to meet up with them.
The women believe the angel straight up, and yes, joyfully ran off to find the disciples.  They must have been running really fast because they catch up to Jesus, who yes, repeats the angel’s instructions almost word for word, complete with “Do not be afraid” then repeats – go get the guys and  “Go to Galilee.”
By choosing Galilee over Jerusalem, Jesus was bringing the Resurrection right to where His friends and disciples lived.  He was bringing it home – to the very place it all started.
And today, we all have the opportunity to see the spectacular design, not only in all of humanity, but yes, within.  All of the horrible things that have happened to us, we can reread them in the light of the Resurrection.  All of the terrible things we’ve done, to ourselves, and yes, to others, we can reread them in the light of the Resurrection.
There is not one thing that promised death to us, that has not been overcome today. So no, we’re not afraid, for yes, it all died on the cross with Jesus, and stays buried in the grave as He rises.
And friends, the same is true of our world.  There’s so much that has happened, and yes, is happening right now that is seen as ministering to death, not life.  But no, we’re not be afraid, for yes, we know that we know that we know – the power that blew open the tomb and raised Jesus from the grave – lives within us.
Think about it – He didn’t say He would accompany the disciples back to Galilee, but yes, that He goes ahead of them to Galilee. He knew their needs, and yes, He knows ours, and yes, our world’s, long before we even know them ourselves.  He’s always ahead of us before we pray a prayer, or shed a tear, or beg for forgiveness.
The resurrected Jesus leads, He does not follow.
So yes, the safest, most powerful place for us to be, is following Him as closely as we can, so that yes, we too may meet Him in Galilee. So no, we are not afraid, for yes,  Christ is risen!
We are loved by love Himself.  He loves us big and He loves us strong, and yes ..  love wins period
“Jesus said to her, “I am the resurrection and the life. Whoever believes in me, though he die, yet shall he live,”   John 11:25
#lovewinsperiod  #mindsetmatters  #lovelikeJesus #He‘sAlive!  #LordpleasemakeGspancreaswhole  #healingforourfamily  #unspokenprayerrequest